Comparing 4K TV vs 4K monitor? We outline the pros and cons of each, including which is best for gaming and important factors to consider. Learn more! 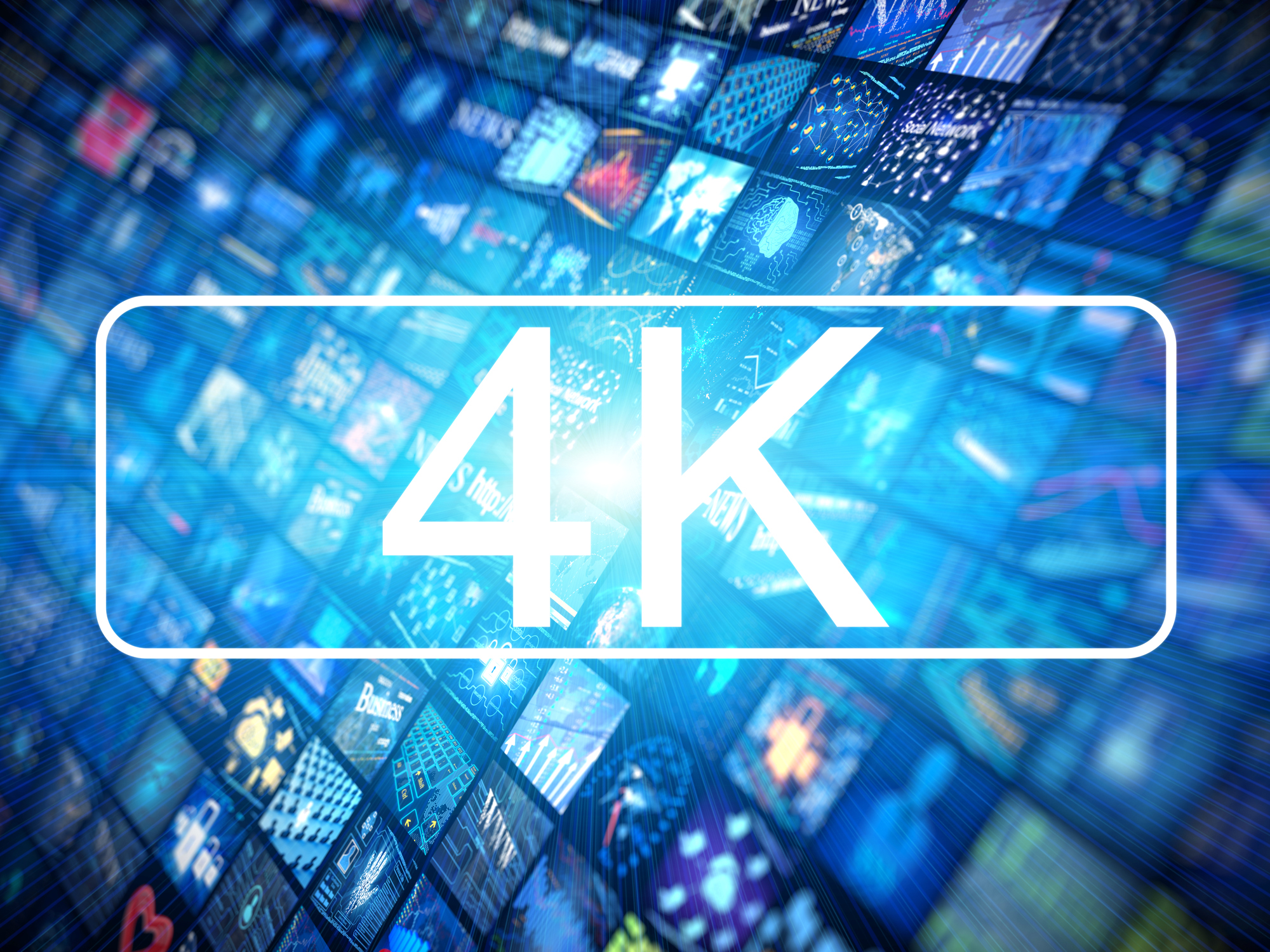 Nowadays, you’re spoiled for choice when picking a display for your computer. As monitors increasingly support 4K and HDR, they are fast approaching the visual fidelity and feature sets offered from a 4K TV.

Can’t you use a 4K monitor right now instead of a TV? It may be possible but is it a good idea? In this article, we’ve outlined the pros and cons of 4K TVs versus monitors and explain when you should consider using one over the other.

Most Important Factors to Consider for 4K TV vs. Monitor

Before discussing whether to get a 4K monitor vs. 4K TV, it is important to consider the distinguishing features between a 4K TV or monitor. The most obvious difference is the monitor’s lack of inbuilt speakers, but that’s typically of little consequence to a gamer with an awesome headset or desktop speakers.

Another major factor is input lag, which is the time it takes for a 4K monitor or TV to process and display a signal from a source device, measured in milliseconds (ms). This spec is crucial for gamers since a high input lag can cause a delay between the time you press a button on the controller to when you see the response onscreen.

Lastly, you could look at the response time, which tells you how fast the pixels can switch on and off in a TV monitor. A slow response time results in excessive motion artefacts, trailing, or ghosting when you view fast visuals on the screen.

A 4K TV’s most significant and apparent advantages are size and resolution. Now, while some computer monitors are available in some great sizes (factoring the closer viewing distance), you’ll generally pay more for them than comparably-sized TVs. In other words, your budget for a 27” 4K monitor can buy you a 50” 4K TV.

Quality-wise, TVs also have a leg up over monitors. You’ll find that almost all TVs available today already support 4K with HDR, unlike monitors. They also have more robust image processing capabilities that can drastically improve video quality.

But perhaps the biggest benefit of a TV is its flexibility of use. It can work as both a monitor for one user and a TV for multiple people in a room. TVs even have built-in speakers by default, so you don’t have to buy external speakers.

Of course, using a 4K TV has its drawbacks. For one, its biggest draw – size – can also be an inconvenience for some computer users. Not everyone wants to type a Word document on an excessively large screen. And, when it comes to 4K TV vs. monitor for gaming, the former isn’t suitable for competitive multiplayer because some TVs have low refresh rate capabilities, long response times, and higher input lag, so make sure you get a TV that was designed with gaming in mind such as the new TVs enabled with HDMI 2.1 enhanced gaming features such as Variable Refresh Rate (VRR) and Auto Low Latency Mode (ALLM). Many are in the market also supporting 4K@120Hz.

It’s also important to consider the display technology of a 4K TV. OLED technology is gaining popularity in TVs, best known for its extraordinary black levels and color gamut. However, it can be vulnerable to screen burn-in if image elements remain onscreen for extended periods, such as in-game dashboard or a spreadsheet. As such, LCD remains the preferred technology for gaming displays or other computer-based applications.

Lastly, TVs tend to have a reflective surface, which aids in black levels and vibrancy of colors, whereas computer monitor are most commonly non-reflective, making it easier to see details especially at closer viewing distances.

High response times and refresh rates of 144 Hz or more are some of the advantages of a 4K monitor vs. TV. These factors result in crisp and clean visuals without ghosting or tearing, even when you’re playing fast-paced console or PC titles. Monitors also perform minimal processing of the image data they receive, so you’ll experience negligible input lag.
However, monitors typically still can’t visually match the image quality and fidelity of 4K TVs at the same price tier. While HDR is now becoming the norm with 4K TVs, it’s still a rare feature with monitors. And as mentioned earlier, monitors are more expensive than TVs when compared on a per-size basis.

4K TV or 4K Monitor: Which is Right for You?

Ultimately, there is a place for either a 4K TV or monitor in any computer setup. You won’t find a “right” or “wrong” answer here – what you choose will ultimately depend on how you plan to use it and what you want to get out of it.

If you want the best visuals for a more cinematic experience with a greater viewing distance, go with a 4K TV. The 4K and HDR will give you excellent color reproduction and a high contrast ratio that’s great for watching movies or videos. The bigger screen of a TV is also a cost-effective solution if you want to play or watch with other people in the same room.

Competitive gamers, however, might fare better with a gaming monitor vs. 4K TV, particularly if you’re sitting at a desk with relatively short viewing distance. The high refresh rate, quick response time, and non-reflective screen will ensure that the graphics are always crisp, clear, and free of ghosting. The almost-zero input lag also gives competitive gamers an edge by enabling them to react faster.

If you plan to use your TV monitor for everyday computer tasks (like sending an email or browsing the web), you might find them tedious on a larger TV screen. As a result, a 4K monitor is still your best bet for everyday use.

Fortunately, while HDMI 2.1 enabled TVs have already entered the market, 2021 will see many new launches of HDMI 2.1 monitors, so the latest technologies will be available on both.

Whether you choose a gaming monitor or TV, make sure you get the right cable, a Premium High Speed HDMI® Cable, or an Ultra High Speed HDMI® Cable to ensure delivery of all the HDMI 2.1 gaming features including 4K@120, Variable Refresh Rate (VRR) and Auto Low Latency Mode (ALLM). Doing this ensures that you’ll get the most stunning and crisp 4K visuals on your screen.